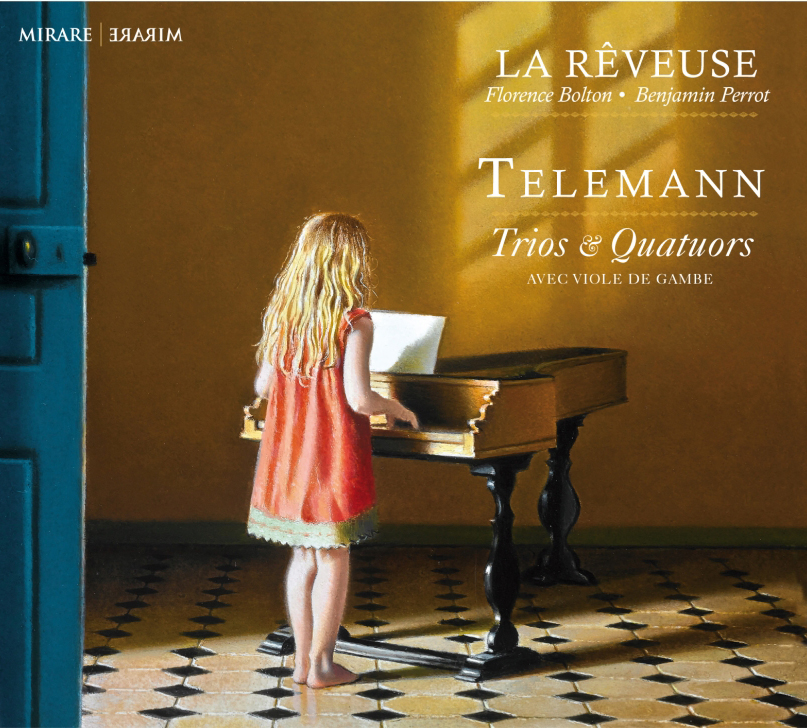 A major figure of 18th century musical Europe, Telemann enjoyed in his time a bigger reputation even than Bach. This great master of instrumental music, open to French and Italian influences and to the new galant style that flourished in Germany, succeeded with considerable panache, especially in his chamber music, in creating a synthesis of European styles at the crossroads between Baroque and Classicism.

Production La Rêveuse | with the support of FCM and the Région Centre- Val de Loire.

“This has to be one of my recommendations of the month. Flawless playing for all concerned, both in the suavity of the sound, the perfect balance and neat interplay between the voices, and the keen sense of drama they bring to Telemann’s outstanding chamber music. (..) It needs insight from the players and this group has that in buckets.”
BC, Early Music Review, feb 2015

“As for the performances, it is rare to hear such absolutely exquisite ensemble playing. All of La Rêveuse move as if they were one, with clear intonation, precise ornamentation and rapid passage work, and suitably flexible tempos that outline Telemann’s music extremely well. This disc is an example of detail and precision that should serve as a model. Well recommended.”
Bertil van Boer, Fanfare, USA, 25 march 2015

“La Rêveuse”, which takes its name from a play by Marin Marais, presents Telemann’s creative intelligence, with moving and changing melodies, constantly alternating colours. To be consumed with joy.”
Biëlla Lutmer, De Volkskrant (the Netherlands), 4 February 2015