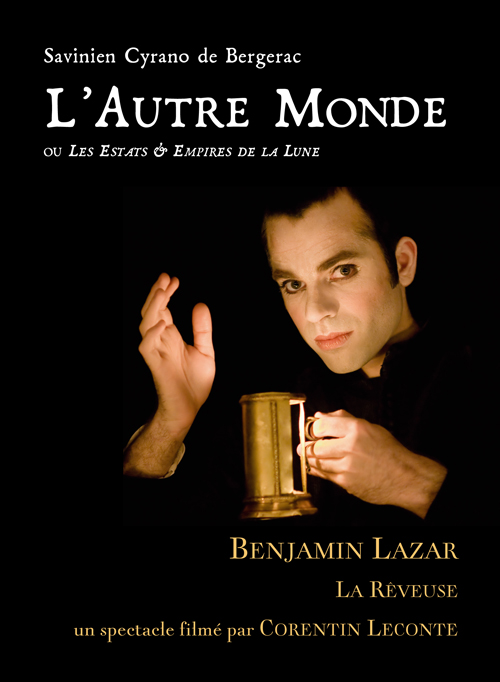 Convinced that the lunar star is a world comparable to our own, the story’s narrator strives to go there. A first attempt brings him to Canada from where he lands, almost by accident, on the moon, only to find himself immediately captured by its inhabitants. Adapted from the novel by Savinien de Cyrano de Bergerac, 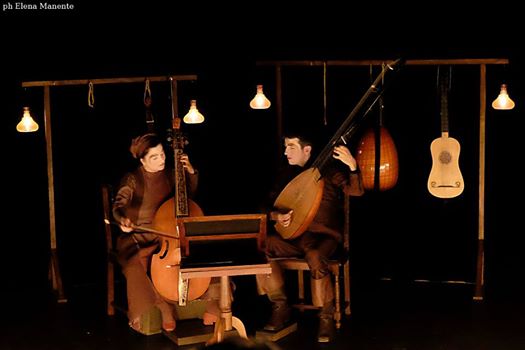 “The charm of the music destined for the interior “la chambre” and “la ruelle” (the exterior), combined with such a unique diction, gives the sound experience an impressive power of fascination. »
Vincent Borel, CHOC de Classica, October 2015

“We dream, and we are carried away. And the two musicians play marvelously (…) this voyage to the empires of the Moon will have brought rational thought to boiling point. So why have we been made to ignore the real Cyrano for so long?”
Fabienne Pascaud, Télérama, 23 April 2008

“This show (…) combines the grace of the baroque, the infinite sensuality of a candlelit theatre and the intellectual liveliness of the philosophical narrative. A delight. »
Caroline Mazodier, La Tribune, 17 April 2008