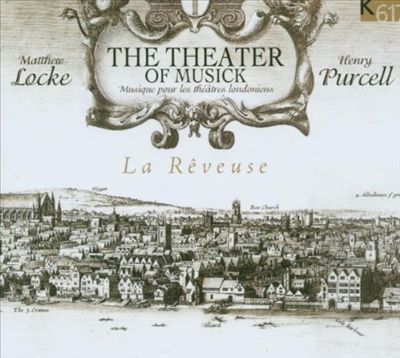 Locke-Purcell / The Theater of Musick

Music for the London Theatre

In reaction to the austerity of the preceding ear, Restoration England was a land of pleasures: taverns and gambling dens were reopened, new theatres were built. Many French and Italian musicians came to try their luck in London, and left a lasting mark on english music. Prominent dramatists such as Dryden ou Shadwell adapted Shakespeare for contemporary tastes in collaboration with some of the finest composers of the time: Matthew Locke, Pelham Humfrey, Henry Purcell…

“The ensemble La Rêveuse possesses a magnificent instrumental texture associated with a communicative sense of rhythm. Enhanced by the charm of the soprano Julie Hassler, the combination of voice and instruments spreads the melancholy of the works with naturalness.”
Marc Desmet – Le Monde de la Musique, Mars 2007